Jim Law joined the Caversham Harrier Club in February 1956. His initial contact was made on a visit to the old Caledonian Ground in South Dunedin with John Wells to inquire about the procedure for joining a Harrier and Athletic Club. They were approached by Caversham Harrier Club Secretary George Campbell who suggested Caversham would be the right Club for both of them to join. Sixty Years on Jim still regards this decision as one of the best things to happen in his lifetime 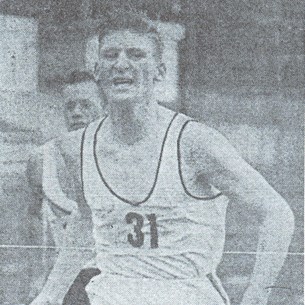 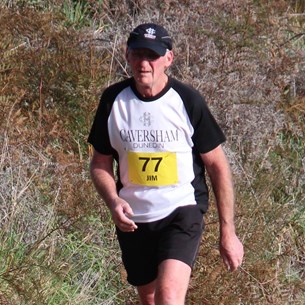 Jim has been with the Caversham Club every year since his introduction apart from time spent overseas in 1962/63 and spending 18 Months with the Invercargill Club in 1967/68 while working down there. Once established with Caversham Jim developed into a consistent well performed runner who enjoyed plenty of success in various formats. Jim was a Caversham Number 1 team member for Relay and Cross Country Races from a Junior in 1958 to Veteran Grades in 1983. A personal highlight came in 1977 as a member of the Caversham team who achieved second place in the A Grade Race at the National Road Relays from Christchurch to Akaroa. In addition to his successes in competition Jim has also been a dedicated long serving Administrator both at Club and Centre Level giving back to the Sport that has played such a major role in his lifetime. Positions held include Caversham Club President, Secretary, Club Captain, Deputy Club Captain, Handicapper and Race Convenor. Jim also served a period as Treasurer for the Cadbury Dunedin Marathon. For his long standing services to the Caversham Club Jim was rewarded with Life Membership in 1983.

Jim was recognised in April 2017, marking 50 years with Caversham.

Today Jim still enjoys an active association with the Caversham Harrier and Athletic Club as a regular member of the Walking Section where he is usually to be found near the front of the Fast Group on any Saturday Afternoon.